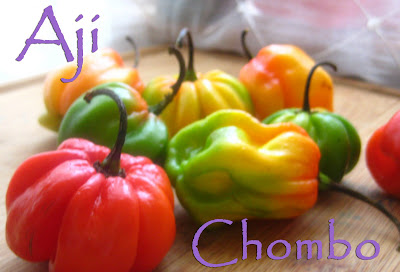 The Aji Chombo, Capsicum Chininese, is a Scotch Bonnet type from Panama. A chilli type used a lot in South American or Caribbean Hot Sauces. Aji Chombo is a really great producer of big solid pods. They are fruity and sweet with a Ripper heat. Sturdy in pots and grows to over a meter, but would go even better if you plant it in the ground.

1. where gloves
2.always wash your hands even after you take you gloves off
3.have some lime juice to dump on your hands if they are burning as its said to releave the burning
4.never rub any sensitive area like your eyes and so forth.
5.before you take your gloves off besure you are completely finished at what you are doing
6.some times double up on your gloves as the burn can still find its way in at times

Growing Hot Peppers in Containers
Peppers can be grown all year long in containers. It is suitable for apartment dwellers and gardeners who live in cool regions where the number of growing days are limited. Many pepper enthusiast grow peppers in pots so they can have fresh peppers all year long. It’s best to use 5 gallon containers so the roots do not get too over-crowded
Soil Requirements:
Requires fertile soil in a well drained location in the garden. Apply much and grass clippings, or straw around base of plant.
Water Requirements:
Water well with soaker hoses during dry and hot spells.
Fertilizer Requirements:
Use RootBlast, Vegetable Alive, and Slow Release Fertilizer when transplanting outdoors. Apply Miracle Gro every two weeks.
Harvest Tips:
Harvest hot peppers when they are fully mature using a garden scissor so you don't damage the plant. Pick peppers as they mature to encourage new buds to form. 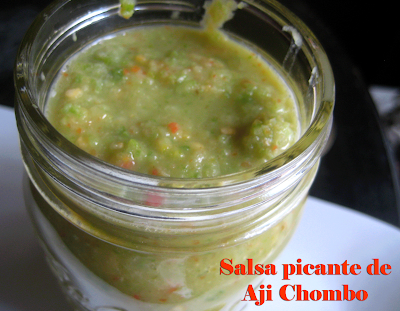 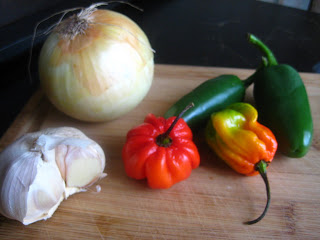 ***Warning: habaneros / scotch bonnets / aji chombo are the hottest peppers in the world! Please use gloves when cutting them...you really don't want to get the oils on your hands or in sensitive areas like your eyes***Coarsely chop the peppers, onions and garlic and add to your blender or food processor. Pulse the mixture until finely chopped, then add the mustard. Process until smooth. 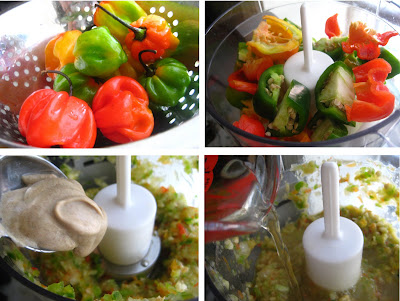 Pour in the lemon juice, vinegar, and salt and process once again.Lastly, sprinkle in a pinch of sugar and blend once more.Transfer the sauce into a clean glass jar (at least 1- pint capacity).The pepper sauce will be a little chunky, but if you'd like a slightly milder & smoother sauce, take a moment to cut out the ribs and seeds of the peppers before blending. 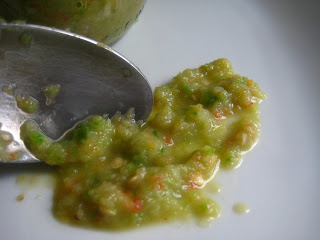 Store in the refrigerator and use as needed. For a marinade or a large pot of soup or stew, start with one teaspoon to perk up the dish. Experiment and see how much heat works for you. :o)